Cities in Florida With The Best Fresh And Saltwater Fishing 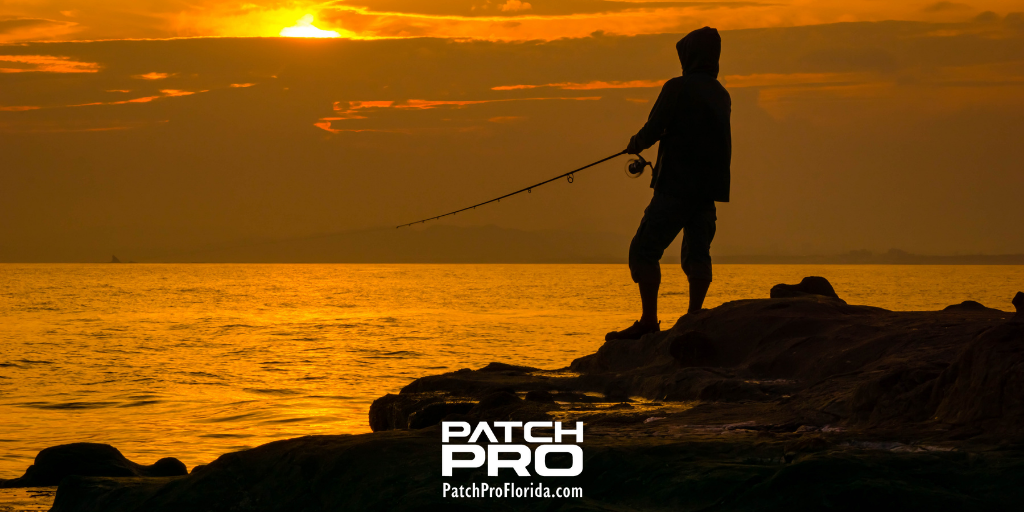 Living in Florida, you’ve probably enjoyed one of the numerous actives that the Sunshine State has to offer. There are endless beach happenings, several sporting events, and countless renowned restaurants.

Basically, there’s a little bit of everything for us residents. But you know one of the most leisurely and relaxing activities is… FISHING!

The great weather, innumerable species of sport fishes, and diverse fisheries have given Florida a different moniker: the “Fishing Capital of the World”. From the Gulf of Mexico, Atlantic Coast, and the Keys, there are 2,270 miles of tidal shorelines and over 11,000 miles of waterways to explore — giving anglers countless places to achieve their fishing dreams!

Since 2006, Florida has been the gold standard for outdoor recreational activities and fishing, as per the National Survey of Fishing, Hunting and Wildlife-Associated Recreation. Whether you prefer freshwater or saltwater, Florida has it all. Fishermen have the option of two oceans, 7,700 lakes, and 10,550 miles of rivers to drop their line and reel in a catch.

In Florida, over 2.8 million participants spend $4.4 billion on fishing trips annually. With great resources and responsible management, our state has a bright future in sustainable fishing opportunities!

Do you like hitting the open water on the boat and catching some fish? Or, looking for a great spot to go fishing with the family? Enjoy a relaxing day in the great outdoors with these Best Florida Cities To Fish In.

Just south of Daytona Beach is a city near Central Florida rich with flourishing waters inshore, offshore, and inland for incredible fishing. The barrier island is surrounded by the Atlantic Ocean and the Indian River Lagoon, giving fishermen plenty of places to cast their line.

With over 30 miles of fishable shoreline, it’s difficult to find a better location on your next fishing trip. Even better, there are plenty of “catch and cook” restaurants where local chefs turn your prize haul into your evening dinner.

An angler’s favorite, Tampa Bay offers 400 square miles and the largest open-water estuary in the entire state. Besides opportunities for fishermen of all levels, the area is also known as the best place to fly fish, with some of the most prominent species you can find. Year-round fishing yields 200 seasonal species, obtainable via the Gulf of Mexico and freshwater feeds from hundreds of sources. 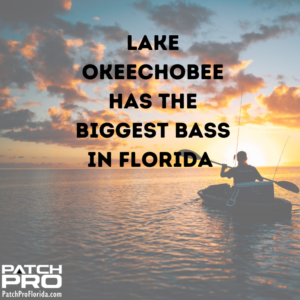 The city is located on the shores of Lake Okeechobee. It may be difficult to say, but it’s not difficult to catch plenty of bass at this picturesque and award-winning lake.

Lake Okeechobee has 730 square miles that serves as home to the biggest bass in Florida, offering both shoreline and charter fishing. And, it’s the biggest freshwater lake in the state and second-largest in the United States, only behind Lake Michigan. Besides a glut of amenities that overlook the water, Lake Okeechobee is featured in most major fishing tournaments, giving fishermen the necessary resources they need to reel in numerous prize-winners.

The popular freshwater game includes seven species of bass that move to shallow waters to spawn during the spring.

Known as the “World’s Luckiest Fishing Village”, Destin is still home to the largest fishing fleet in the state. The signature industry has led to a boom in delicious seafood restaurants around the area and is home to annual events that celebrate the superb cuisine.

Roughly 12 miles from the coastline is the famed “100 Fathom Curve”, a quick access point to the deepest depths of the Gulf of Mexico. Within these emerald green waters live various species of marine life.

Destin’s origins are enriched in the industry. Originally settled by fishermen, settlers relied on both deep-sea fishing and the more reserved inland options as the primary source of economy in the area. And, the waters still lay claim to many records by accomplished anglers.

Also known as the “Sailfish Capital Of The World”, Stuart is a popular spot for sport fishing with close proximity to the Gulf Stream. Dozens of marinas and charters allow both comfortable dock fishing, as well as deep-sea sport angling. Marlin, wahoo, and tuna are available to the more experienced fisherman.

Stuart is the epicenter of snook angling; the gamefish spawn in massive numbers throughout the area. Fort Pierce and Jupiter inlets are great for summer snook finds, even from the shoreline. The St. Lucie River is the only place you can catch five subspecies of snook in the world.

And, there are more salt and freshwater fish species in a 10-mile radius than anywhere else in the entire country. Besides the Atlantic, there are also freshwater waterways, including the St. Lucie River and the Indian River.

The “Sport-Fishing Capital of the World” is home to the world’s highest density of professional offshore charter boats, piloted by tournament-grade captains. Positioned between Florida Bay and the Atlantic Ocean, Islamorada is one of the most bountiful fishing spots throughout the Florida Keys. You’ll have no problem filling the cooler with an abundance in both species and numbers, conveniently located 10 miles off the coast in the Gulf Stream.

Notably, from March to September, Islamorada hosts migrating Tarpon, resulting in some of the most plentiful catches in the entire state.

Or, if you’re just looking for a good beach to relax at, check out “The Best Beaches In The State Of Florida.“