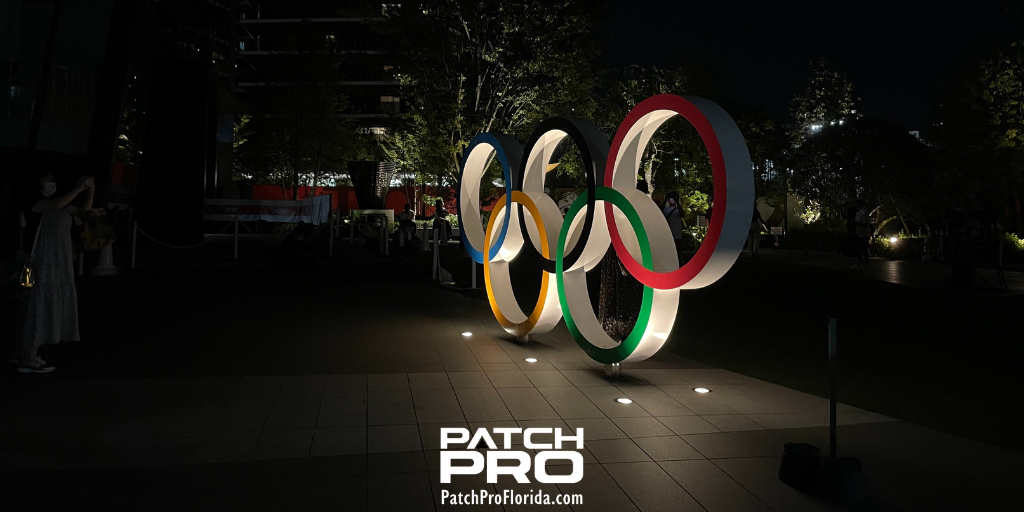 There are 224 athletes from Team USA competing in the 2022 Winter Olympics. That includes a dozen Florida natives hoping to make our state proud. Though representation from the Sunshine State isn’t as wide-ranging as the Summer Olympics, the overall warmer climate still has produced winners invited to stand on the podium. In overall Team USA participants, our state ranks somewhere in the middle for local competitors. Not too shabby, since we haven’t gotten snow in 45 years.

It’s not the most popular sports in our area (even competitor Josh Williamson admitting zero knowledge to winter competition before serving on the bobsled team), but it hasn’t dissuaded Floridians from giving the Games a shot.

In its 100-year history, the Winter Olympics have been hosted on three continents by twelve countries, with the United States leading with four hosting dates, though the games have never transpired in Florida… obviously. However, the Sunshine State’s bid has been considered for the Summer Olympics, the Games have never actually transpired in the state.

Best Of The Best

Florida has a rich history of Summer Olympic stars, especially in swimming and track & field, but it also has a history of excellence in the Winter Olympics. These are the Florida Competitors In The 2022 Winter Olympic Games:

After initially failing to qualify after slipping in prelims last month, teammate and close friend Brittany Bowe opted to give up her spot so that Jackson could compete.

In 2018, she made the long track speed skating team for the Pyeongchang Olympics, despite spending only four months on the ice training for the sport. Prior to speed skating, she was a competitive skater and a member of the USA Roller Derby national team.

She is the only Gator and only athlete from the SEC competing at this year’s Winter Games. The University of Florida ranks seventh all-time in colleges with the most combined medals, but only saw three Gators participate in the Winter Games in history.

Jackson is only the second from the campus to win a medal, joining only Steve Mesler as a recipient.

Mitchel High graduate Nathan Smith leads the NCAA in scoring, but an Olympics addition was an unexpected bonus to an already stellar year.

Recently, the NHL announced players wouldn’t participate. It’s all about who you know, and Smith’s college coach happens to be an assistant on the national team. Because we live in the Sunshine State, the first pair of skates Smith put on weren’t for ice, but inline racing, competing in the since-closed All-Sports Arena in New Port Richey. Smith later became the first graduate of a local high school to be drafted by an NHL team; he was taken by the Winnipeg Jets in the third round in 2018.

He hopes to improve on a U.S. Men’s team that hasn’t earned a medal since the 2010 Olympic Games.

Our city is replete in Tampa talent. Nathan Smith continues local history by joining arguably the greatest Winter Olympian the state has fielded in Derek Parra. Though he grew up in California, Parra competed and lives out of our city, claimed two medals at the 2002 Winter Olympics, set three speed skating records, and served as the U.S. speed skating national all-around coach for the 2010 Olympics.

There must be something in the water at Ocala.

This central Florida city has exported three-speed skaters in this Olympics; all were trained under coach Renee Hildebrand.

You don’t have to look at the weather app to figure out they don’t have snow. Or a year-round ice rink.

From concrete and asphalt, all skaters eventually evolved to the mineral our state misses most: ice. A disciple of Ocala Speed, Joey Mantia was Hildebrand’s first-star pupil on inlines. He is making his third trip to the games and has already won 28 world titles on inline skates.

Now, he finally has Olympics honors, taking home his first in the team bronze. It was the second-speed skating medal for the United State in Beijing, following teammate Jackson’s triumph in the 500 meters. At 36-years-old, he is the oldest medalist in team pursuit, breaking the mark set by Rintje Ritsma of the Netherlands. It was America’s first medal in men’s speed skating since the 2010 Vancouver Games.

Outside medalist Jackson, Mantia joins Ocala athlete Brittany Bowe, who will be the bobsled pilot after Elana Meyers-Taylor tested positive for COVID-19; on her third trip, she will also serve as flag-bearer, and has claimed a bronze medal at the last Olympics.

Lake Mary born Josh Williamson originally earned a scholarship in high school to play D1 lacrosse. However, in his freshman year, an injury ended his pursuit in the sport. Then, the Florida State graduate got a restart under strange circumstances.

The post was an open call for participation in a reality show “Scouting Camp: The Next Olympic Hopeful,” a competition tailored to finding athletes in niche Olympic sports. Many of the cast-mates were former DI burnouts searching for their next outlet.

Williamson eventually won the first season. He and fellow bobsledder Sylvia Hoffman (a contestant on the second season) will make their Olympic debut this year. Williamson’s arrival in Beijing was delayed by a positive COVID test that left him isolated at a training center in Chula Vista. He is now cleared and will serve as the brakeman in Hunter Church’s sled. In his career, Williamson has two World Cup podium finishes, including a third-place run last month in Winterberg, Germany.

If you’re interested in learning more about Florida athletes and sports history, read “The Best Sports Teams In Florida History.“