The Best Beaches In The State Of Florida 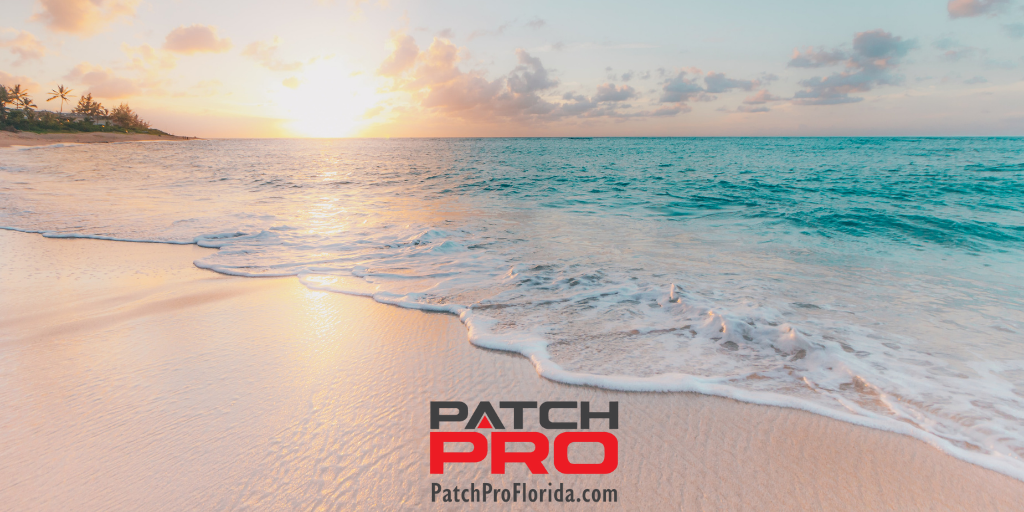 A quick Google search of “Best Beaches in Florida” will reveal a white sand-covered treasure trove of beautiful sunset coasts — attractive destinations that have wowed residents and vacationers alike. Across the Sunshine State, there are nearly 1,200 miles of public coastal access, stretching across sparkling waters and offering plenty of happenings for the whole family. Warm year-round, you’ll never be more than 60 miles from the nearest body of saltwater throughout the state.

The entire coastline is situated between the Atlantic Ocean and the Gulf of Mexico and is divided between three coastal regions composed of 35 separate counties: the Florida Panhandle, the Southwest Florida Gulf, and the Atlantic Ocean. With this in mind, beachgoers have a ton of variety to choose from.

It’s almost impossible to narrow them all down into a comprehensive list, but we did our best: here are “The Best Beaches In Florida”. 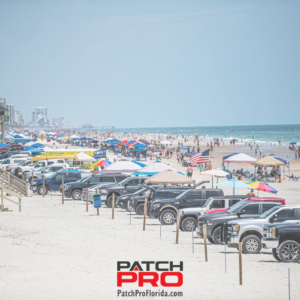 Renowned as “The World’s Most Famous Beach” since the 1920s, Daytona is more often referred to by its other name “The Fun Coast”. It’s arguably the most popular beach in the state, attracting over eight million visitors annually. During the week of the Daytona 500, Bike Week, Spring Break, and Biketoberfest, few beaches draw more people than Daytona.

Daytona is packed with enough entertainment options to appease every guest. It’s one of the coveted destinations for vacationing students and was the first-ever filming location for MTV’s “Spring Break” reality show.

NASCAR wheels often shred rubber treads throughout the infamous Daytona International Speedway. Civilian drivers can also leave their own tire marks on the hard-packed sand that allows vehicles on the beach, although at a much slower speed. The Mecca of motorsports has hosted races since the dawn of the 1900s.

If you’re in Daytona and looking for something fun to do off the beach, visit Ponce de Leon Inlet Lighthouse. 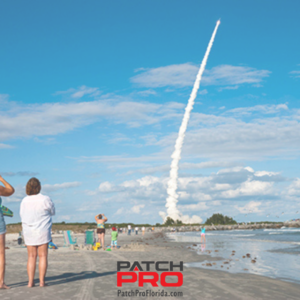 This one is for the science fiction nerds.

SpaceX recently launched its first civilian manned spaceflight into the earth’s orbit. While frolicking on the nicknamed ‘Space Coast’, swimmers could spot the rocket ship breaching our planet’s atmosphere, propelled straight into the cosmos during its maiden voyage. Only miles from Cape Canaveral Air Force Station and Kennedy Space Center, visitors can witness SpaceX, Orbital, Delta, and Atlas rocket launches every month from the shoreline.

Additionally, if you look towards the surf, you might spot some surfing legends. These waters served as practice swells by surfing local Kelly Slater and is the birthplace of the largest surf shop in the world, Ron Jon Surf Shop.

The closest beach to Orlando is home to Florida’s fastest-growing port in Port Canaveral, where travelers can embark on numerous cruise lines to other exotic destinations. 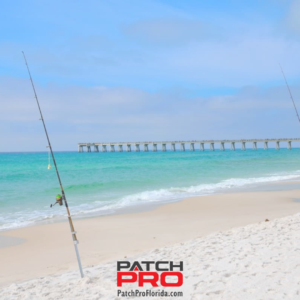 This small beach town is sure to attract the fishing enthusiasts. Known as the “World’s Luckiest Fishing Village”, Destin’s emerald green waters flow across the Florida panhandle on the Gulf of Mexico. Roughly 12 miles from the coastline is the famed “100 fathom curve”, a quick access point to the deepest depths of the gulf, teeming with various species of marine life.

Both deep-sea fishing, and the more reserved inland options are readily available, with the waters laying claim to numerous records by accomplished fishermen.

Originally settled by fishermen, Destin is still home to the largest fishing fleet in the state. Obviously, the signature industry has led to a boom in delicious seafood restaurants around the area and is home to annual events that celebrate their superb cuisine.

The sands located on the coastline are notorious for being some of the whitest in the world. The finely ground quartz crystals derive from the Appalachian Mountains, with residue flows from the Apalachicola River deposited into channels throughout the Gulf of Mexico. 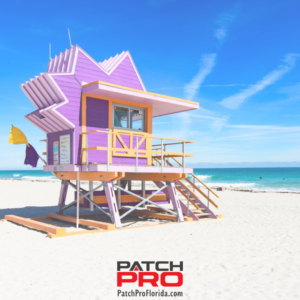 Miami Beach is so trendy, the location even has a famous diet named after it. This is the definitive Miami nightlife spot, complete with the trendy South Florida vibe. In particular South Beach, the area is home to 800 Art Deco style buildings that line the barrier island — the largest architectural collection in the world. Decorated with swaying palms, it’s an instantly attractive location as both an iconic spot and a photogenic backdrop for social media enthusiasts.

This man-made island is the place to be for the socialite eager for leisurely activities. The entertainment destination is jam-packed with clubs, restaurants, boutiques, and luxury hotels.

While planning a trip to Miami Beach, a quick itinerary search will reveal the most diverse options in the entire state. It’s difficult to find something not to do in this ever-evolving popular spot. 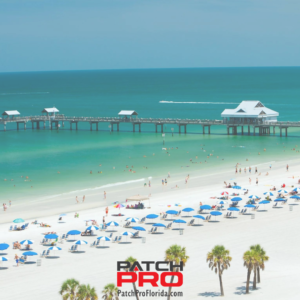 The name is pretty self-explanatory. Visitors flock to this beautiful destination along the northernmost developed barrier island of Tampa Bay, where pristine white beaches blanket a view of clear turquoise Gulf waters.

The ‘Beach Walk’ is the centerpiece of Clearwater; the half-mile expanse takes visitors past hotels, restaurants, and photogenic spots, also granting access to incredible views of both sunrise and sunset.

The town revolves around ocean life and nature preservation, with plenty of fishing and dolphin watching for any marine enthusiast. There’s even a Clearwater Marine Aquarium dedicated to rehabilitating ocean animals, permitting travelers to observe their rescue and release efforts.

The location is very kid-friendly, with family activities including Pier 60 — a 1,080-foot pier teeming with performers and activities. 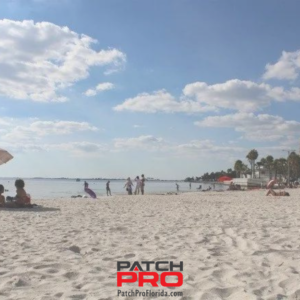 The hidden gem of small beaches that hides in plain sight.

Entering the Tampa International Airport, Ben T. Davis offers the first sights of sand, straight off the tarmac. This attractive stretch moves along the Courtney Campbell Causeway that connects Tampa to Clearwater — a four-mile trail perfect for bike riding or watching sunsets from a pedestrian bridge. The closest to the downtown area is also one of the most virgin beaches in the country.

While most of the selections on this list are popular tourist offerings, Ben T. Davis is a less crowded alternative ideal for those that prefer secluded nature retreats. Clean soft white sand offers escapism from the hustle and bustle of urban life.

Which beach in Florida do you think is the best? Leave a comment below: