The Founding and History of St. Petersburg 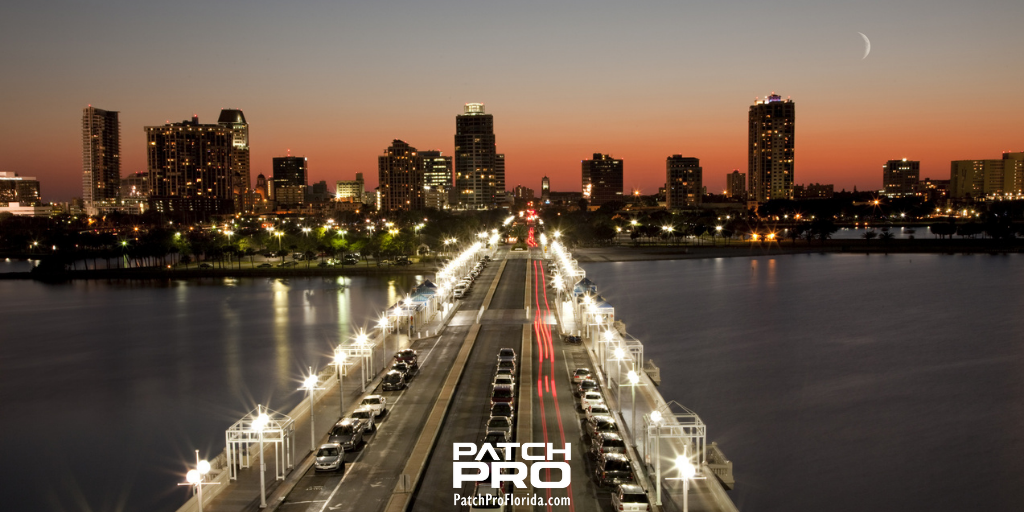 Sitting to the west of Tampa Bay and situated on the Pinellas peninsula is “The Sunshine City”. As of 2020, St. Petersburg is the fifth-most populated city in the entire state. Grouped in the Tampa-St. Petersburg-Clearwater Metropolitan Statistical Area, the coupling is the second-largest in Florida with a population of nearly three million.

One thing is always guaranteed: it’s always sunny at St Pete. So much so, that visitors are guaranteed to an experience an average of 361 days of sunshine each year — a Guinness World Record.

In 1528, an expedition led by Panfilo de Narvaez landed on the shores of Boca Ciega Bay at the Jungle Prada Site.

It was the first inland exploration of North America. It was also a disastrous trip.

After several ships ran aground, Havana was targeted as a re-supply. Instead, Narvaez found himself north of the main entrance to Tampa Bay, accosted by several hostile natives. With 300 men traveling by land, the expedition journeyed northward across the U.S. Golf Coast attempting to locate Mexico. After crafting boats to sail westward, a vicious storm drowned all but four men, who ended up seeking refuge in New Mexico. One survivor published Relacion in 1542, the first detailed account on St. Petersburg’s people, animals, flora, and fauna.

Though settlement began in the 1840s, community development didn’t occur until 30 years later. John C. Williams, a Detroit transplant, sought to find a climate more appropriate for his debilitating asthma. He lived in Tampa for a decade, before yellow fever forced him to flee the city. Purchasing property on the new land, he and Peter Demens (who constructed a railroad leading to the site) founded the city. After a coin flip, the duo agreed on naming it after Demens’ birthplace in Russia. Williams received the honor to name the first hotel after his birthplace; the Detroit Hotel building exists, but now serves as refurbished condominiums. At the time of Williams death, the city population was approximately 300 people.

At the turn of the century, St. Petersburg saw its first electrical service, illuminating a wholesale fish business at the end of the railroad pier — the city’s first major industry. Seafood exports on Demens’ Orange Belt Railroad were a major benefit to the city’s economy.

Officially a City in Flight

The 20th century officially minted St. Petersburg as a city in June 1903. The development of the downtown waterfront permitted a deeper shipping channel over the next two years, initiating the city into larger shipping practices. By 1910, the population neared 5,000 Floridians.

In 1914, a decade after the Wright Brothers launched the world’s first planes, entrepreneur Percival Fansler concocted the first scheduled passenger airline service in the world, connecting St. Petersburg to Tampa. The much-publicized event attracted over 3,000 spectators and was acknowledged by a grand parade. A plane was purchased, pilot hired, and an auction ran for the lone passenger on the planned flight. The winning bid was made by former mayor Abram Pheil.

A Home Run for Baseball 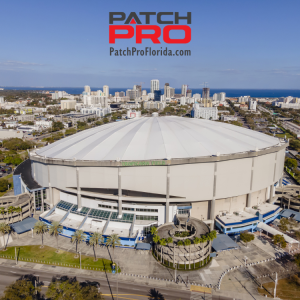 Though Tampa Bay would later become a popular hub for professional sports, St. Petersburg was heavily involved in spring training early in the century. Politician Al Lang was instrumental in facilitating the success of baseball in and around the city, and enticed nine of the 12 major league baseball teams to play spring training games in the Grapefruit League.

The dateline of “St. Petersburg, Florida” provided the city with tons of publicity across the country. Because of his popularity, Lang later became the mayor of the city and had a baseball stadium constructed in his honor. Many attempts at attracting a professional team finally landed one franchise tenant: the Tampa Bay Rays currently compete out of St. Petersburg.

Tourism declined due to the Great Depression, but rebounded in the ‘40s, when World War 2 brought renewed growth; the city’s Bayboro Harbor served as a training base for the Coast Guard and Air Force. Hotels were booked beyond capacity, hosting over 100,000 troops that came to the city. Following the war, many were return visitors, exploring familiar grounds as tourists or residents.

By the late 1940s, officials made the area one of the first Florida cities to promote “residentism”, enticing summer birds to roost and spend their retirement years basking in the sunshine. From 1950 to the present day, the population increased from 300,000 to a hair under three million.

CNN named St. Petersburg the #7 Best Place to Retire, citing that 15% of the population falls over the age of 65.

Popular tourist destinations include The Dali Museum (with a new, renovated building in 2011) and the Sunken Gardens (four acres of well-established botanical gardens).

Want to learn more about Florida history? Read: “The Best Historical Sites To Visit In Florida“