The Founding of Clearwater 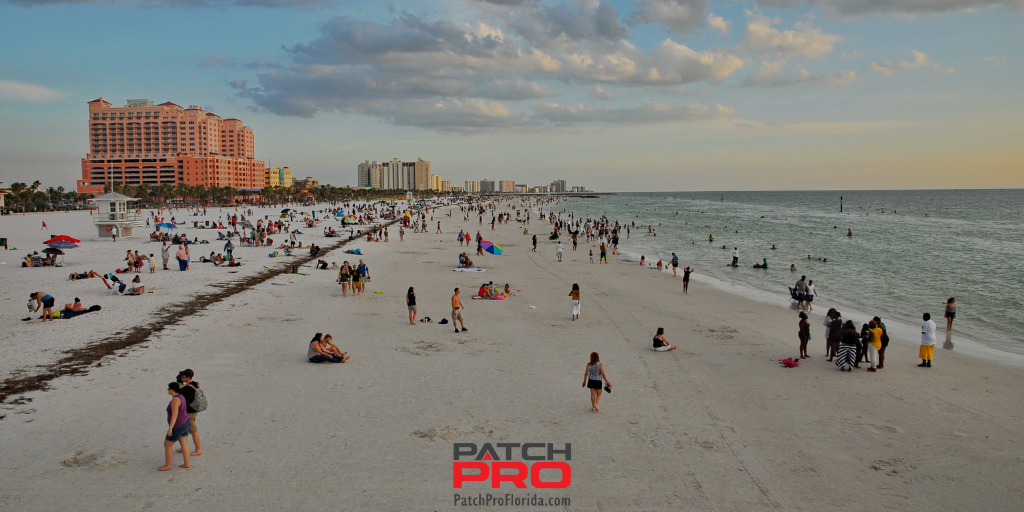 A sparkling paradise located on Florida’s Gulf Coast, Clearwater is home to one of the country’s best beachside locations. To say it’s always sunny in Clearwater is an understatement. The smallest of the principal cities in the Tampa Bay Area, the Pinellas County location holds the Guinness Book Of World Records honor for the most consecutive days of sunshine at 768 straight days.

So grab your sunscreen, put on your shades, and lay out the blanket. This is the history of the seventh-best beach in the world, as per TripAdvisor:

In modern history, the area was first populated by Spanish explorers.

First, Panfilo de Narvaez came to the Pinellas Peninsula in 1528. The expedition was ill-equipped for the temperate climate and inevitably perished in a storm. A decade later, Hernando De Soto landed at Tamp Bay, followed by Pedro Menendez in 1567. Menendez brought 10 missionaries to erect missions throughout the area. All were slaughtered by the restless natives.

During the Seminole Indian Wars of 1835, the government built Fort Harrison for recuperation, not as a defensive tactic. Constructed on the bluffs where Harbor Oaks is now, the fort was abandoned 20 years later, and is now commemorated by a plaque.

The Federal Armed Occupation Act of 1842 granted 160 acres to any head of the family or single man willing to bear arms and cultivate the land.

Translated from the native word “Pocotopaug”, the area was named for its abundant fresh springs that settled across the shore. The beautiful weather attracted colonists in the mid-1830s, gradually evolving into a resort community at the turn of the century. Originally known as “Clear Water Harbor,” it was shortened to Clearwater in 1906.

The city of Clearwater was finally incorporated on May 27, 1915.

After World War II, a number of soldiers remained in Clearwater. This created a built-in audience for the Philadelphia Phillies professional baseball. From the 1900s to 1946, the team trained in 20 different locations across 10 states. Finally, they settled locally; the franchise has remained in the city, and maintains the second-longest affiliation between a major league club and its spring training home in baseball.

After the Clearwater Athletic Field was destroyed in a fire during the 1950s, it was replaced by the North Greenwood Recreation and Aquatic Complex. In 2016, the site of the ballpark was recognized as a Florida Heritage Site.

The area has also hosted the Brooklyn Dodgers and Cleveland Indians.

In the 1970s, under the code name Project Normandy, the Church of Scientology laid its roots in Clearwater. After facing opposition by the mayor at the time, they attempted to try and entrap their enemy in a sex scandal. Shortly after, the church settled with the victim out of court, still building their base downtown.

The Church refers to Clearwater as its “Flag Land Base,” purchasing a hotel and writing down a claim where they would take over the city. From 2017 on, they doubled their footprint by purchasing an abundance of retail centers and surrounding properties, spending $103 million on vast sections of downtown Clearwater.

As a large tourist destination, Clearwater has plenty of currently notable residents you may recognize:

The former WBA welterweight is currently on the comeback trail in search of a belt, besting contender Mario Barrios last February by a unanimous decision. It was his first fight in nearly four years, after his first defeat against the legendary Manny Pacquiao.

Born, raised, and still living in Clearwater, Thurman competed around the Sunshine State in his early years, later getting an opportunity at Barclays Center five years into his professional career.

He is now the fifth-best active welterweight, according to BoxRec.

Born in the city, Blakely is the founder of the wildly successful undergarment company Spanx. She is one of the world’s youngest self-made female billionaires. In her early days, she graduated from both Clearwater High School and Florida State University, later making her living by selling fax machines door-to-door.

A dozen years after founding the company, her net worth climbed by over $1 billion. In 2014, she was listed as the 93rd most powerful woman in the world by Forbes.

Nicknamed HoJo, the beloved New York Mets third baseman remains on the franchise’s all-time list for numerous accomplishments. The two-time All-Star competed with the team for over a decade, winning a World Series in the process (he won another championship earlier in his career with the Tigers). He was also the league’s home run leader and RBI leader in 1991.

Early in his baseball career, Johnson was a pitcher for Clearwater High School and attended St. Petersburg Junior College. 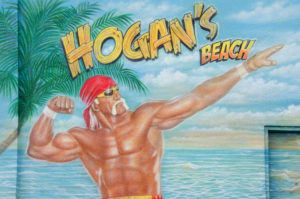 The former Terry Gene Bollea is one of the most recognizable professional wrestlers of all time and is a quintessential entertainer of the decade. Specifically, he is the first wrestler to win consecutive Royal Rumble matches. He owns bragging rights to both the most-watched wrestling match in history and maintains the second-longest run in the sport.

Though he was born in Georgia, the Hulkster remains a proud resident of Clearwater, joining a field of residents that call the city home, including the late Evel Knievel, Tom Cruise, and John Travolta.

Want to learn about more Florida cities? Read, “The History of Orlando, Florida.“