The Four Most Important People In Florida History 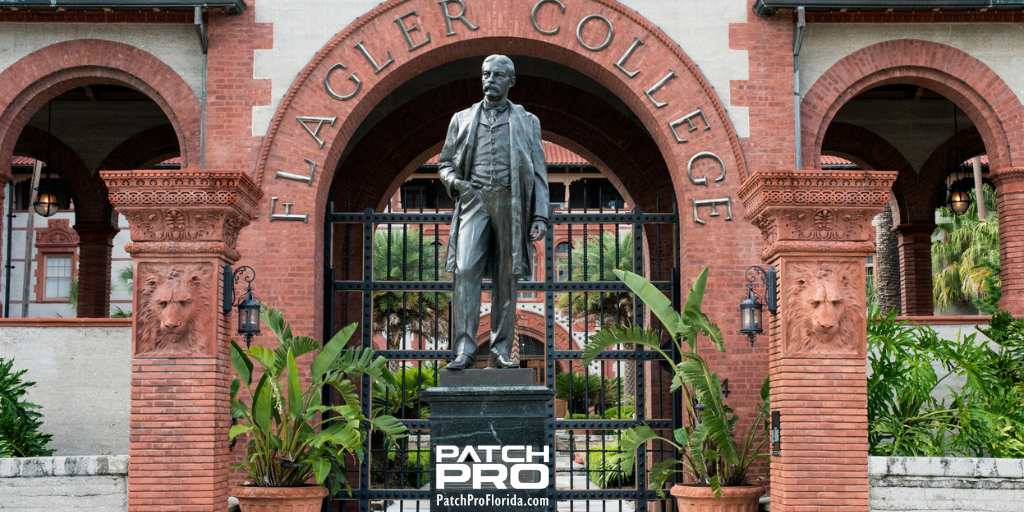 Several entrepreneurs were responsible for the shaping of modern-day Florida. Following early Native inhabitants, written records about life in our state began with the arrival of the Spanish explorer Juan Ponce de León in 1513. However, other sailors may have touched foot on the soil before the conquistador. Because of this, our list is limited to those that had a positive impact on our state, bolstering development and economic growth through innovation.

These are the Four Most Important People In Florida History:

Vicente Martinez Ybor put our city on the map. Disgruntled by Cuba’s oppressive regime, Ybor brought his cigar business to Tampa, purchasing 40 acres of land just outside the downtown area.

Our city was an ideal location for cigar production. Located close enough to Ybor’s native country, the brief distance permitted Cuban tobacco imports by sea as a cheap and easy shipment route.

In 1886, Ybor opened his first cigar factory, charting the path for what is now present-day Ybor City. The cigar industry grew rapidly, bringing thousands and thousands of Cubans, Spanish, and Sicilian immigrants to our borders. The city changed almost overnight, hosting the largest maker of Cuban cigars in the world. Within a few years, the city grew to 3,000 residents, quickly dubbing the area the “cigar capital of the world.” Benefitting the factory was railroad entrepreneur Henry Plant extending his network of railroad lines across the state, eventually connecting Tamp with the rest of the U.S. rail system.

Encouraging an exodus from surrounding countries, Ybor City was paramount in creating the vibrant civil society that brought Latin culture to the Sunshine State. Workers were paid fairly, given health insurance, and affordable housing. In turn, they helped factories that produced half a billion hand-rolled cigars every year.

In 1898, Henry Plant was dubbed by Success magazine as “The King Of Florida.” Plant was an ambassador for the state he adored. As a precursor to the coming tourism explosion — brought by Walt Disney nearly 70 years later — Plant branded his network of railroads and steamship lines the cheekily named The Plant System. It served as the most profitable transportation network in Florida during the late 19th century.

Industries such as citrus, lumber, and phosphate flourished in this sudden, mass transportation of goods. This also brought numerous industries, including Vicente Martinez Ybor and the cigar industry.

Thanks to his Plant System, our city’s young tourism industry boomed.

The untamed wilderness, previously inaccessible to travelers, was available to those seeking refuge from the harsh northern winters. Plant also erected eight hotels throughout the western portion of our state, providing tourism for luxurious accommodations and amenities in the tropical paradise. Most notably, his most opulent hotel is our local Tampa Bay Hotel.

Plant was fond of spreading the word about the Sunshine State’s growth by attending several world’s fairs and expos.

Although Ponce de León technically introduced the modern world to the state, Henry Flagler had an undeniable impact to our area — in particular, the city of St. Augustine. Unlike the violent history that follows Spanish conquistadors, Flagler made his mark on the Sunshine State in an entrepreneurial and peaceful way.

A New York native, the businessman got his start as the founder of Standard Oil in Ohio. In just two years, the company became a leader in the American oil refining industry, producing 10,000 barrels per day. With a sudden financial windfall derived from the crude oil, Flagler turned his attention to warmer weather.

A close confidant of John D. Rockefeller, both men remarked on the lack of available service in our state, and the seemingly limitless potential of its beautiful terrain. Flagler would later embark on his second venture — the one which he became known and revered for.

Flagler came to St. Augustine in 1885 and began construction on the historic 540-room Hotel Ponce de Leon, named after the original explorer that set foot on our soil. Around the same time, he purchased the Jacksonville, St. Augustine & Halifax Railroad. This later became the Florida East Coast Railway and was essential in how our state is today.

What followed was the establishment of numerous establishments and hotels. Flagler helped pave the way to the Key West through a completed railroad project in 1912. At the time, it became one of the state’s most populated cities and became the country’s closest deep water port to the Panama Canal, effectively increasing trade in the West.

Additionally, Flagler founded both Palm Beach and Miami. Learn more about him in this vide:

The economy of our state is the fourth largest in the country.

Before the 1960s, most of Walt Disney’s impact was directly tied to Southern California. He made a name for himself as an animation pioneer in Hollywood; his introduction of Disneyland in 1955 completely revolutionized the concept of theme parks. However, for Disney, his first location didn’t exactly fulfill the gravitas of his initial vision.

At the time, 300,000 people lived in the city when Walt Disney World was opened. Now, there are over two million residents; in 2019, the economic impact from the tourism industry in the city resulted in more than $73 billion in business sales impact for 17 sectors of the city’s economy.

Disney’s passion project introduced and bolstered our state’s tourism industry, making it one of the largest sectors of the state’s economy. According to Alex Horenstein, an associate professor of economics at the Miami Herbert Business School, Disney World attracts over 50 million tourists a year and generates more than 70,000 jobs directly. It is the biggest single-site employer in the United States, with attendees spending money across our entire state.

Now, the resort spans about 27,000 acres and has the illustrious title of the largest theme park in the world. Besides four unique parks and two water parks, the vacation properties boast more than 30,000 hotel rooms, 409 wilderness cabins, 799 campsites, and 3,293 Disney Vacation Club units.

There’s a reason why Orlando is called “The City That Mickey Mouse Built.”