The History of Orlando Florida 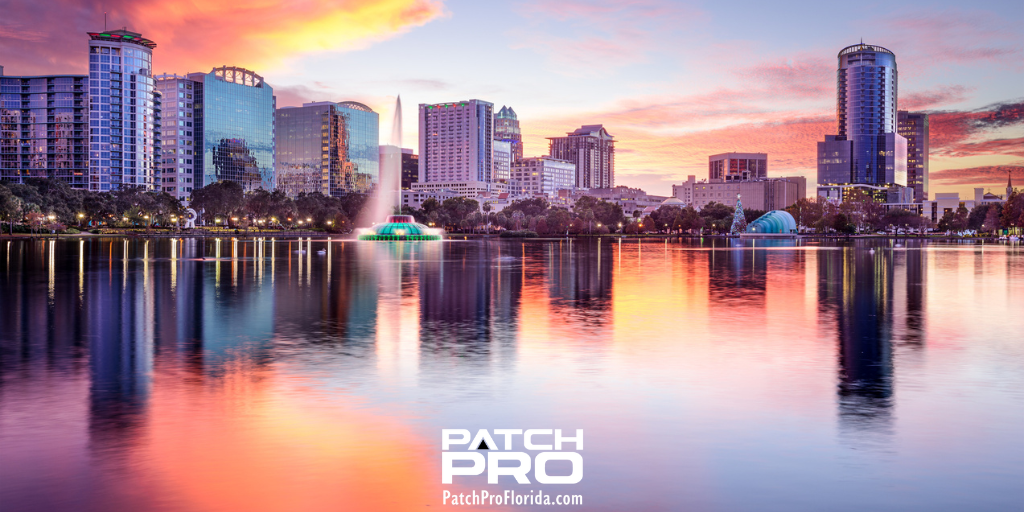 If you take a flight to Orlando, be it from somewhere else in Florida or from anywhere in the world, the onboard flight attendant will claim the city is the “place that Mickey Mouse built”.

This is partially true.

The Florida staple is the Mecca of entertainment, hosting the No. 1 most trafficked amusement park in the world. However, the city is more than just Walt Disney’s 50-year-old vision.

As of last year, nearly 308,000 people called Orlando their home, making it the 67th largest in the United States, and the fourth biggest in the state. The tens of millions that visit Orlando barely know the city.

Before it became the most populous metropolises in the state, the region was originally inhabited by Timucua and later Seminole peoples. Orlando’s modern history dates back to 1838, when Fort Gatlin was built just south of the city to protect the territory from Natives. Two years later, an original settlement known as Jernigan was named after the first permanent settler in the area. Six years later, the settlement expanded northward, and was renamed.

Before the Civil War, the area was a cotton and cattle center. At the end of the 1800s, the city became the citrus industry epicenter. Temperamental weather damaged much of the cultivation, resulting in owners of bigger groves adding to their holdings, effectively creating “Citrus Barons”.

There are five theories as to where the name came from. They are as follows:

1. Judge James Speer, who operated as a county seat, proposed the name in honor of a co-worker.

2. Speer named the city after his favorite Shakespeare play “As You Like It”.

3. An ox herder traveled through the area, perished, and was buried. A sign was erected that read “There Lies Orlando”.

4. During the Seminole Wars, Sentinel Orlando Reeves was guarding a camp at Lake Cherokee when a log floated toward him. On closer inspection, he realized the seemingly inanimate object was the enemy. To warn his fellow serviceman, Orlando fired his weapon, and was instantly killed by arrows. The assailants were chased back by the alerted troops, and the south side of Lake Eola was chosen as the burial site for Orlando Reeves.

5. Orlando Rees owned a sugar mill and plantation near the city. The man carved his name into a tree, without any context, resulting in those that passed by believing the location was his grave marker.

The second World War coincided with the creation of the Orlando International Airport. Similar to most Floridian destinations, once the war was over, most soldiers stationed in the “Sunshine State” stayed put to raise their families. The city soon received the nickname “The City Beautiful”.

In the mid-1900s, big modern industry came to town, with Lockheed Martin introducing a major aerospace defense plants on Kirkman Road. This created an aerospace boom that introduced many high-tech corporations that opened shop in the city, specifically for its close proximity to the Space Coast.  At the time, Lockheed Martin was the biggest employer in the city; currently, the company employs 14000 statewide. Lockheed Martin’s reign as the predominant employer was soon to change with a certain animated mouse coming to town. 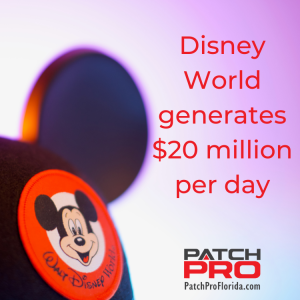 In the late 1960s, located in the Lake Buena Vista area, Walt Disney World opened its mouse ear doors to the public. Quickly, tourism (including conventions and trade shows) made up the majority of Orlando’s economy, supplanting both tech and agriculture.

Competitors that opened shortly after included Universal Studios and SeaWorld. On average, Disney World generates nearly $20 million a day, and $17 billion a year, leading to a huge impact on the local economy.

Similar to other cities in the Sun Belt, Orlando continued growing throughout the remainder of the century. The downtown area hosted world-renowned nightclubs, bars, and clubs. Major cultural sites built included the Orlando Museums of Art, Dr. Phillips Center for the Performing Arts, and the Orange County Convention Center – the second largest convention center in the United States.

In particular, Parliament House – a notorious gay club – kicked off the scene in 1975. The 90s rave scene was started by The Dust Brothers at the Edge Nightclub in 1993. Later, Rolling Stone Magazine would refer to the city as the “Seattle of electronica”.

In the 1980s, a local businessman approached the Philadelphia 76ers general manager about bringing the first professional sports franchise to the city. An investment group gathered the necessary funds a year later and named the team the Orlando Magic after the Magic Kingdom. The NBA franchisee committee granted teams to both Minneapolis and Charlotte. The final slot was split between both Miami and Orlando. Since both investors had such impressive pitches, the expansion was extended to four locations – including the competing FL cities.

By record, the team is the second most successful of the four expansion and has made the Finals twice. Since 2017, the team has been sponsored by Disney.

In 2010, the city was listed as a Gamma+ level global city by the Globalization and World Cities Research Network. The GaWC is a think tank that studies the relationship between world cities in the context of globalization. These are cities that link smaller economic regions into the world economy and are classified into three sections.

In context, the ranking was the third highest in the state, and a top 20 in the country. Taking advantage of its geography, advanced logistics infrastructure, and close cultural ties to Latin America, Orlando has used globalization toward becoming the principal U.S. gateway for merchandise trade with its southern neighbors.

Want to learn more about other Florida cities? Read, “The Founding and History of St. Petersburg.”