The Most Devastating Hurricanes To Hit Florida in Modern History 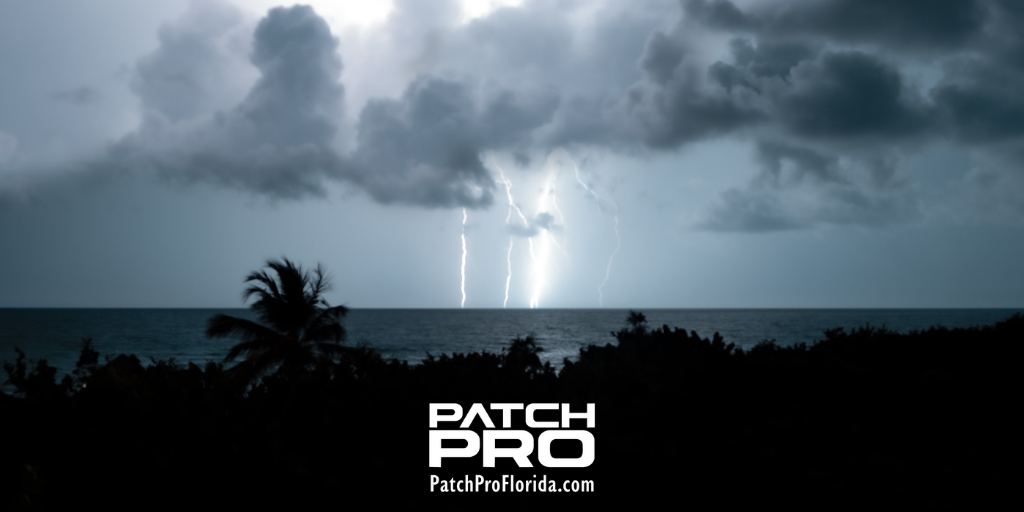 The Sunshine State is a popular destination for retirees, vacationers, and snowbirds alike, but the tourist destination is also a prevalent spot for hurricane-prone occurrences. Beyond the sandy beaches and gorgeous sightings are catastrophic storms that have resulted in countless casualties, displaced residents, and billions of dollars worth of damages.

Since 1851, nearly 300 major hurricanes have battered the United States, with at least half of those making landfall in Florida. The Northwestern part of the state, situated on the Panhandle, attracts the most landfalls, including 20 that were a Category 3 through 5 hurricanes. Because of the Gulf of Mexico’s warm shallow waters, much warmer than that of the Atlantic Ocean, these areas are much more susceptible to extensive damages.

Now that we are officially in hurricane season, here are some facts about these deadly storms that you should know.

Hurricane season lasts from June to November, when the surrounding temperatures differ from the sea surface temperatures. 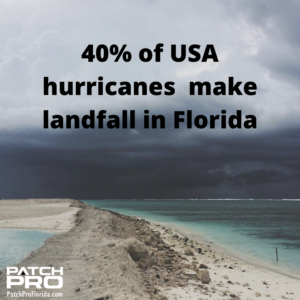 Each year, an average of ten tropical storms develop over the Atlantic Ocean, Caribbean Sea, and the Gulf of Mexico. Of these, six become hurricanes, with a vast majority making landfall in September. A whopping 40% of all United States hurricanes hit Florida.

Since 1980, hurricanes have caused nearly a trillion dollars in damages, with an average cost of $21.5 billion in losses per event. Tropical disturbances are only getting worse: 2020 was the most active season on record, measuring 30 named tropical cyclones forming in some capacity.

The 5 Worst Hurricanes In Florida History

Every hurricane that makes landfall is devastating to the area it hits and the people that live there, be it a Category 5, 1, or just a tropical storm. Based on a combination of their size and destruction, here are 5 of the worst hurricanes to hit Florida in modern history.

Arguably Florida’s deadliest happens to be one of its most recent.

Initially expected to make landfall just east of Tampa, all 650 miles of Hurricane Irma drifted further south and ran amuck across the Florida Keys. Although the initial path was directly responsible for ten deaths, 77 later succumbed to accidents resulting from the destruction of the storm.

After initial landfall, Irma tore through nearly 5,000 homes throughout the northern part of the state. Boats, powerlines, and trees were also devastated; streets turned into rivers; 5.6 million people were displaced. When the rain had stopped, the damages totaled $50 billion. The monetary value remains the costliest in the history of the state.

The sheer size propelled the destruction from Cudjoe Key to a second landfall at Marco Island.

The seventh strongest hurricane to make landfall in the United States, 2,500 fatalities were reported from the hurricane, most drowning from collapsing dikes on the Northern and Southernmost parts of Lake Okeechobee. The flooding submerged hundreds of square miles beneath 20 feet of water, drowning all crops and housing around the lake. 200,000 people were left homeless, with many battling for survival against starvation, exposure, and disease. The streets were reportedly shoulder-deep in debris and a newspaper reported the state as being completely destroyed.

The third deadliest in history also wiped out 1,278 livestock and an astounding 47,389 poultry. Both flooding and strong wings annihilated the largest citrus crop in the history of the industry.

For over 25 years, only two hurricanes of any significance affected the state, with only one landfall breaching a Category 3 intensity. During this time, Florida flourished in population, suburban, and economic growth.

This all changed in 1992, when a tropical cyclone ravaged the Bahamas, Louisiana, and Florida City, with gusts measuring up to 165 mph. At the time, it was the most expensive Atlantic spawned hurricane in history, but was later surpassed by the intensity of Hurricane Katrina in 2005.

The Bahamas estimated losses of $250 million — a dwarf sum compared to the United States’ total $26.5 billion in damages. The storm ruined an estimated 125,000 homes, with 25,000 completely destroyed.

This tropical cyclone was the first Category 5 hurricane to strike the contiguous United States since Andrew’s gruesome trail in 1992. A post-analysis report published nearly a year after its initial landfall bumped up Hurricane Michael from a Category 4 to a Category 5, where scientists tracked the trail of ruination from Mexico Beach to the Carolinas.

It was the third-most intense Atlantic Ocean-based strike in terms of pressure, the strongest to make landfall on the Florida Panhandle, and the strongest in the month of October. Of the $25 billion in damages, $18.4 billion occurred in the Sunshine State, with agricultural and forestry losses representing $3.3 billion of those losses.

Since 1935, only four Category 5 hurricanes have made landfall in the United States, with three of those, Andrew, Labor Day, and Michael, swirling through Florida. The only other, Hurricane Camille, ravaged the Southernmost states.

The blowing sand was so intense, it reportedly stripped the clothes off of its victims. The first Category 5 recorded in Florida history wiped out 408 souls, including 259 World War I veterans living in three Civilian Conservation Corps camps while they worked constructing the Overseas Highway. A train was sent to rescue the vets and was wiped off the tracks from the storm surge.

The storm was so notorious, that it prompted author Ernest Hemingway to visit the aftermath, and pen a scathing criticism on the rescue efforts entitled “Who Killed The Vets?”

Since 1851, over 25 major hurricanes have barreled through the Florida shoreline around Labor Day weekend; the holiday arrives exactly at peak Hurricane times in the Atlantic.

Interested in learning more about Florida history? Read our blog post, “The Most Famous Lighthouses To Shine In Florida.“