The Top 5 Florida Inventions All Time 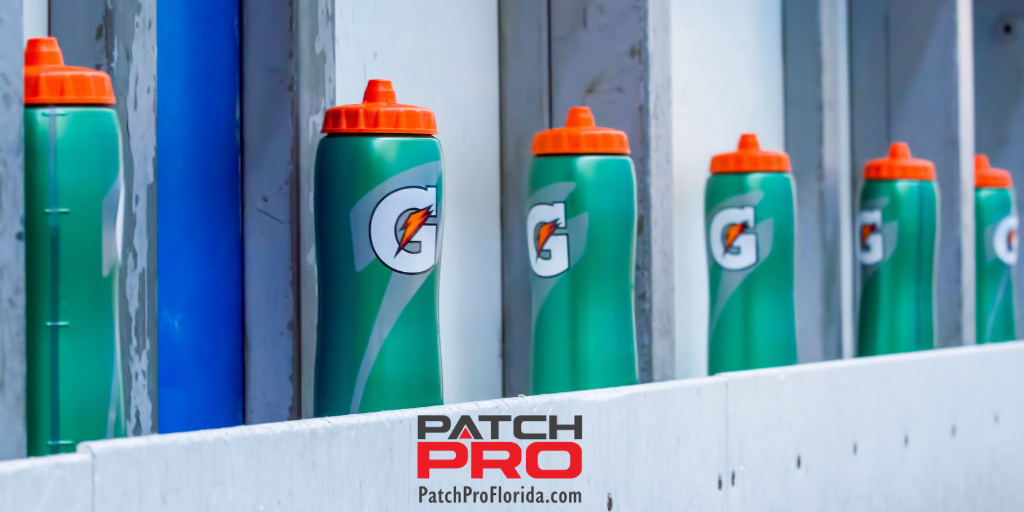 Outside of creating goofy “Florida Man” headlines, we Floridians have helped contribute to modern society in numerous ways. Our ingenuity is even commemorated by the Florida Inventors Hall of Fame, founded right here in Tampa. From renowned beverages to the light bulb, the ‘Sunshine State’ has illuminated the rest of the world with contributions from some of the brightest minds.

How It All Started

In 1889, phosphate was discovered in Dunnellon. Primarily used as a fertilizer, the extracted well brought a glut of prospectors to the area. Backroads through the state were originally constructed with limestone, a direct waste product of the third-largest industry in the state. Eventually, the mines were drawn out, causing settlers to use their efforts elsewhere to make ends meet. Innovation was the solution to paying the bills. This mindset was passed down from generation to generation, resulting in creations still being used by the entire world.

Here are The Top 5 Florida Inventions of All Time:

There are many great inventions from the Sunshine State. Here are five that Florida is most well known for and that have made big impacts nationwide.

This one’s a no-brainer. The most famous sports drink was invented right here in the ‘Sunshine State’.

It’s all in the name.

In 1965, a University of Florida assistant coach swapped the whistle for safety goggles and a lab coat. His experimentation resulted in a flavored electrolyte concoction. The beverage was originally reserved for Gators athletes only. The team credited ‘Gatorade’ for winning their first Orange Bowl title that season. Two seasons later, Dr. Robert Cade (one-time coach, one-time scientist, now full-time entrepreneur) mass-produced the replenishing mix through a distributor, where it went on to earn early endorsements from Elvis Presley, Sports Illustrated, and Super Bowl winning Kansas City Chiefs.

Currently manufactured by PepsiCo and distributed in 80 countries, Gatorade generates over $5 billion a year, employs nearly 300,000, and is responsible for 46% of the worldwide sports drink market share.

Fun fact (or not so fun fact for the university): Dr. Cade offered the formula to the university head of sponsored research in 1966 for $10,000. They passed.

This one is probably not a surprise, considering the perpetual sunshine. In 1944, Coppertone was invented by a former WWII Miami-based airman meant to protect soldiers from harmful rays. Vitamin D is a perk to skin health but can be dangerous with overexposure.

Originally, the concoction was made by mixing red petrolatum with coconut oil and cocoa butter (for the smell). The product line included sun tan lotion and the first-ever mass-produced sunscreen, enriched with chemicals to protect from potentially harmful UVA and UVB rays.

Marketing magic was worked nearly a decade later, introducing the world to the advertising icon the ‘Coppertone Girl.’ Several models took up the moniker, including a famous television ad, where the world was introduced to a youthful Jodie Foster.

You can’t make a trip to the Key West without ordering this infamous dessert. But did you know the sweet and tart pie was first baked as a way to prevent scurvy?

In the 1800s, Key West fishermen mixed lime juice with condensed milk and eggs, pouring the tangy mixture over stale bread and leaving it on deck to set. Their landlocked wives got hold of the recipe and fancied it up a bit, modifying it into a delicacy and putting it all in a pie crust.

Originally advertised as ‘lime pie’, our beloved dessert went on to have at least 150,000 different recipes and variations.

Though the pie is commercially produced locally, the same can’t be said about the fruit. The citrus orb is not grown in-state, mostly because of damaging hurricanes and plant disease citrus canker. Pies are made with imported limes or bottled juices.

As we know, our state is a popular retreat, especially in the summer. A man synonymous with the word ‘invention’ escaped the frigid New Jersey winters by heading to Fort Myers. It was there that, in 1879,  Edison created the first reliable incandescent light bulb.

Lit lanterns were cast forever into the darkness, replaced with the flipped light switch on the industrial revolution. Now, Edison didn’t technically invent electric light; there were 20 inventors that possessed patents for incandescents at the time. However, it was a combination of Edison’s advanced carbonized filament in his design and his aggressive marketing techniques that saw his work widely adapted. He also had the bright idea to continue enhancing electric lighting by improving electric generation, developing commercial power utility, and introducing the first electric meter.

Gatorade is great, but it’s only going to do so much to combat the heat of a locker room after the game.

Our state lives by air conditioning.

Cooled and comfortable Floridians can thank Dr. John Gorrie. Based out of Apalachicola, the local physician invented a system that blew ice over patients ailing with yellow fever. In 1851, he filed the first-ever patent for mechanical refrigeration.

Before this, Floridians swam, waved paper fans, and guzzled a ton of iced tea. Some would even let in the evening and early morning breeze, close all their windows, and rely on ceiling fans to circulate the chilled air.

Though Gorrie passed away before he received the proper funding to build an actual air conditioner, his patent paved the way for the system that we use today. Apalachicola even has a museum named after him that is now registered as a Florida State Park.