The Top 8 Best Tampa Bay Museums You Need To See 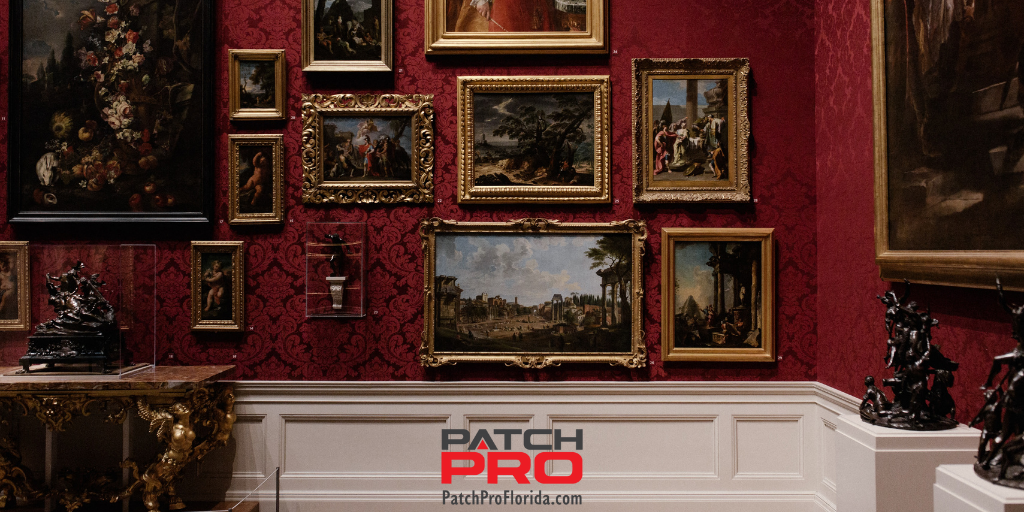 Our area has a lot of culture. Tampa Bay is a city enriched by art and museums, on both sides of the bay.

According to the U.S. Census Bureau, our city was recently named one of the top five most culturally diverse and integrated urban areas in the country. Basically, there’s a diverse exhibit for every interest. From plundering pirates, to children’s innovation, there are engaging opportunities to explore the exhibited diversity Tampa has to offer.

Here are the Top 8 Best Tampa Bay Museums You Need To See:

Their slogan is “more than meets the aye”, and for an obvious reason. There’s a 60-foot, 18th century pirate ship that serves as its centerpiece.

Climb aboard with explorers and pirates on the Tampa Riverwalk, sailing through three floors of interactive exhibits, theaters, and displays. Opened just over a decade ago, the waterfront location includes 12,000 years of our local history. Included are galleries on Florida’s First People, Indigenous teachings (particularly on the Tocobaga and Timucua), and a Cigar City showcase (focusing on the immigrant cigar workers).

Visitors can learn maritime history via the latest museum technology: hologram pirates, choose-your-own-adventure theatrics, a celestial ellipse LED ceiling. The Center hosts the only cartographic research center of its kind in our state, housing the most comprehensive cartography collection in the world.

Probably the most visited in our city, the Henry B. Plant Museum is located on the University of Tampa’s campus. Originally constructed as the Tampa Bay Hotel, the 511-room resort-style accommodations was converted into a junior college in 1933. Later, the college was expanded to become the University of Tampa, leaving the building as a museum in 1941. Various rooms in the wing still display authentic artifacts from the original hotel.

The grounds span 150 acres, including 21 buildings in all; the property hosts the oldest and largest public botanical garden in our city.

Recommended exhibit: Anything with Victorian architecture.

This one is for the kiddos, but if you’re an adult (and a child at heart), there’s plenty of activities for you as well!

Since opening their doors in 2010, the GCM has become an important part of the cultural corridor of museums that stretches through our city! The museum features 170 interactive exhibits across multiple themed area; traveling exhibits usually supplement the museum’s permanent collection. Displays include lessons on match, science, art, and anatomy.

Museum of Science and Industry

More than 150 hands-on activities make up this Hillsborough County attraction. The museum was completed in 1980 and has been open ever since. The most popular attraction is the Kids In Charge! location, a children’s based attraction that includes the Saunders Planetarium — a gigantic purple projector that casts astrological lights into a domed ceiling.

Recommended exhibit: Dinosaurs Around The World. This summer, MOSI is tapping into the Jurassic World craze, offering a passport to Pangea through the end of the season.

The most posh location on the list, this modern and contemporary art exhibit showcases Greek, Roman, and Etruscan antiquities. An award-winning new building was opened a decade ago along the Tampa Riverwalk.

Since its inception, the optic color-changing exterior has housed numerous displays across several floors, including “An Irresistible Urge to Create: The Monroe Family Collection of Outside Art”, which features works by Abstract Expressionists. An expanded gallery also hosts the works of children.

This month, the museum announced a $25 million gift in support of its centurial Capital Campaign for renovation and expansion.

The details are in the picture.

Occupying the second and third floor of the Cube (one of the Top 100 buildings in Florida), the museum opened in 2006. The photographic works are framed in a permanent collection that includes pictures by Harold Edgerton, Len Prince, Dorothea Lange, Judy Dater, and many more.

There are also numerous photographs that celebrate early Tampa history, including the construction of the Panama Canal. The museum is supported by the University of Tampa and is accredited by the American Alliance of Museums.

Climb aboard one of only four fully-operational WWII ships in the country. After 531 ships were built for battle during the period, this true American icon remains intact, and is recognized on the National Register of Historic Places. Cast your anchor in USA maritime history by exploring a cavernous three-level cargo hold cabins, quarters, and numerous sights throughout nine decks.

Recommended exhibit: The fully-functioning 1940s era steamship in its entirety!

Home of the hottest history in the entire state, the Tampa Firefighters Museum was the original headquarters for our city’s station back in 1911. In 1974, its replacement opened across the street.

Want to learn more about our area? Check out: Top Celebrities From Tampa Bay Florida