Top 10 Most Dangerous Animals in Florida 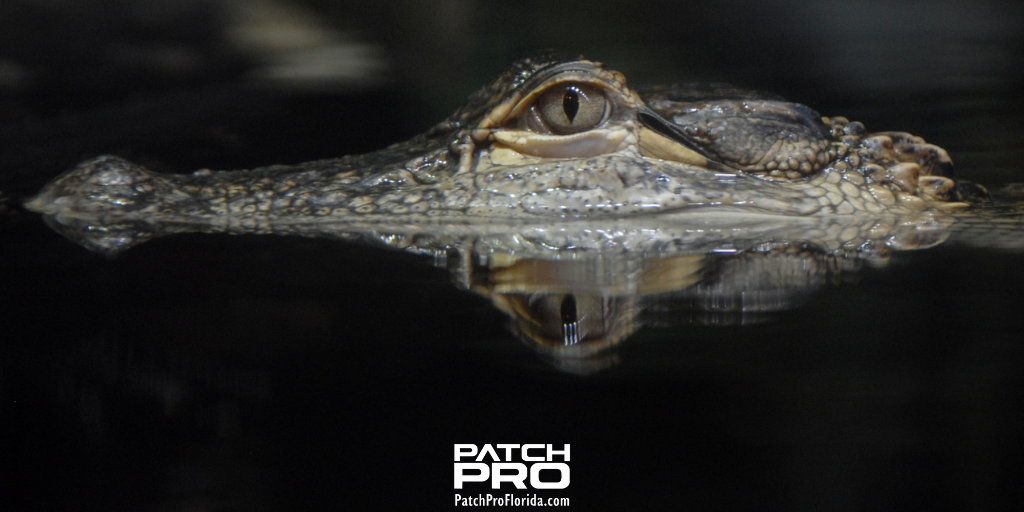 Our state is known for its rich biodiversity. We have a whole outdoor industry (on both land, swamp, and sea) worth billions that fuels our local economy, enticing millions of visitors each year. Because of this, there’s a large chance of a human-animal encounter.

And boy, do we have some nasty creatures.

Whether they be in the land or the water, our native critters can be scary and unpredictable. In terms of states with the most fatal attacks, Florida ranked third last year (247), trailing only Texas (520) and California (299). Most of the time, we’re relatively safe, with these creatures mainly keeping to themselves. However, if faced with a man vs. nature encounter, it’s good to know the deadliest.

These are the top ten most dangerous animals in Florida:

When watching out for arachnids, be weary of the brown recluse and the black widow. Both seclude themselves in dark recesses, which is problematic if you’re reaching into anything around the house or in the shed.

Though neither arachnid are aggressive, the consequence of both their bite is very serious.

The brown recluse is worse: because most of the time, you don’t realize you’ve been bitten, and there’s no cure for this specific type of venom.

The spam reptile of our state. This dangerous critter is synonymous with the area. There are 1.3 million alligators in the “Sunshine State”, living across all 67 counties. The gator is everywhere, floating lackadaisically in any still body of water.

Just as the “Florida Man” stereotype is popular in making the headlines, so too are gator attacks. Alligators have an incredibly powerful bite; at 2125 PSI, it’s the sixth strongest of the entire animal kingdom.

There are 50 species of snakes found across the panhandle, but there are only six that are venomous and considered dangerous to us. These include Southern Copperheads, Cottonmouths, Eastern Coral Snakes, Eastern Diamondbacks, Timber Rattlesnakes, and Dusky Pygmy Rattlesnakes. In particular, this last one is the most common venomous snake in our state.

The majority of Floridian snakes make their habitat in flat woods, marshes, and lowland areas.

Check out this guide to identify these snakes in the wild.

It’s the state animal. It’s the name of the state’s struggling NHL franchise. It’s also one of the most endangered animals on the planet.

Though the large cat used to thrive in our state’s swamplands, it is now one of the most endangered mammals on earth, with under 200 left in existence. Mostly, the subspecies of mountain lion stays away from people, though at six to seven feet long, they shouldn’t be trifled with.

Anytime a bear is involved, observers have to be cautious. Because of habitat reduction throughout our state due to increased human development, it’s more common to run into one of these large-bodies predators. Fortunately, black bears are shy and docile by nature.

While there haven’t been any predatory bear attacks on people in our state, there have been reports of those bitten or scratched while the animal defends their cubs or food source.

Winnie The Pooh, these mammals are not.

Finding a shark on this list is obvious. However, the Bull Shark is responsible for the most near-shore attacks in our state. They can also be found in both saltwater and fresh water. Because the Bull Shark often lurks in shallow water, it is a direct threat to swimmers, especially since they are territorial and prone to aggressive behaviors.

The species was also the inspiration for the film Jaws

Jellyfish may be cool to look at behind the protection of aquarium glass, but no one likes seeing them in the wild. The tropical shores of our state is teeming with the creatures. Specifically, the box jellyfish kills more people annually than sharks.

The venom is considered the deadliest in the sea, with dangling tentacles capable of paralyzing the heart and nervous system.

Probably the least known on this list, this parasite possesses a blood-sucking bite that spreads disease to its host. The bug often transfers Chagas disease, with symptoms including extreme swelling and cardiac arrest. Also know as the “Vampire Bug”, adult kissing bugs usually emerge when inhabitants are sleeping, and tend to bite their victims’ face.

You definitely don’t want this fish following you while you’re snorkeling. This ferocious predator can swim up to 35 miles per hour and has sharp teeth meant to shred its next meal. Make sure you’re not wearing jewelry. It’s easy for them to mistake something that shines, just like a fish’s scales!

Forever immortalized in local legend Ernest Hemingway’s Old Man In The Sea, and serving as the mascot of our lowly Miami MLB franchise, the marlin is one of the most aggressive fish in the ocean.

A marlin can spear with their sword-shaped, sharp upper snouts. They can also bite, jump on boats, and stab a hole into hulls.

If you’re fishing, it would probably be best to cut bait if you snare one of these nasty buggers.