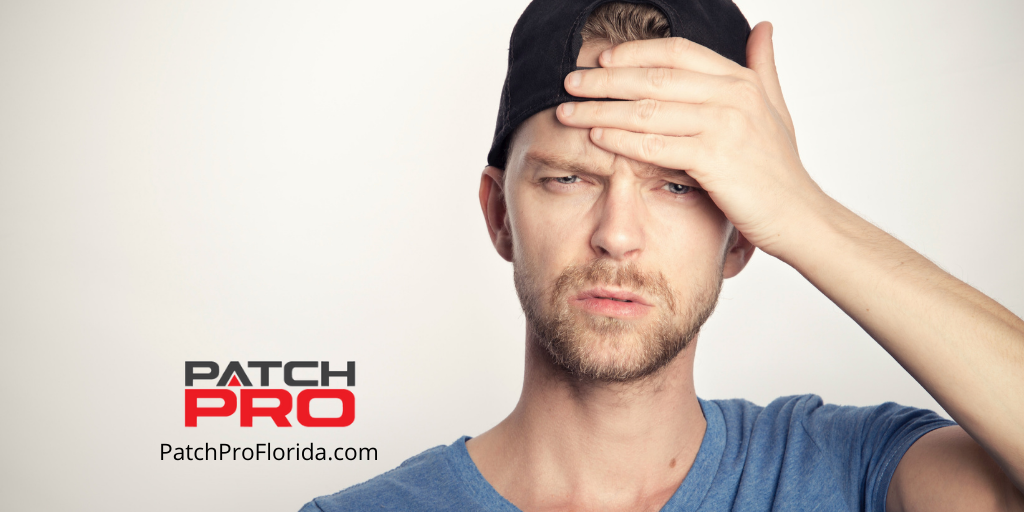 The internet gives arts and crafts enthusiasts unrealistic confidence in their final products. Buying things from the store is completely out of fashion, causing several overconfident people to try and build their own stuff.

So many things can be done at home… or so you would think. The sad truth is not everyone has the ability to successfully create and finish their own projects. These homemade tasks are called “DIY”, or “do it yourself”, emboldening participants to follow specific instructions and fulfill their creativity. Instead, it often goes more wrong than right.

Everyone loves Tetris. After all, the game is one of the most important of all time; the tile-matching extravaganza has sold nearly 200 million copies to date.

The door was cut in a zig-zag down to the side, creating a wooden puzzle piece, causing a susceptible spot for visitors to bang their head on the threshold when entering the room. 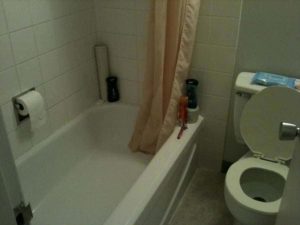 The worst feeling in the world is being in a stall and running out of toilet paper. Which makes the location of this toilet roll even stranger. This project makes it look like the builder put the bathroom together and completely forgot the importance of wiping before a flush. If anything, the showerhead can be used as a bidet, but the running water is going to make the toilet paper soggy very quickly.

If you enter this bathroom, definitely take a look before you squat, or you’ll have to reach pretty far.

Apparently, 41% of our country considers themselves environmentalists. For those keeping the tally at home, that’s four out of 10 people. Green enthusiasts often put plenty of natural decor on their properties, including planting trees. A property owner took tree-hugging to a completely different level, getting rid of half their driveway to accommodate a tree. 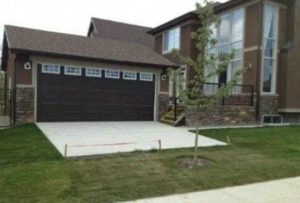 Either the car has to drive over the lawn to get inside or the garage is being used for storage.

Hopefully, there’s plenty of curbside space in the street. Either way, that tree doesn’t seem to be going anywhere, but neither is the driver. 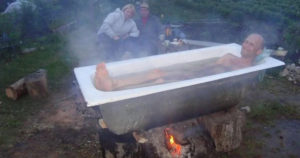 Hot tubs are an easy way to relax at the end of a long day. Because of their exorbitant prices, not everyone can afford the luxury. Here’s one way to do it: bring your bathtub outside and slow roast over a fire like you’re boiling a lobster for dinner. The bonfire tub is balanced on top of the wood that’s stoking the flames beneath. Bring your friends and family over as spotters, to make sure you don’t meet your demise by roasting 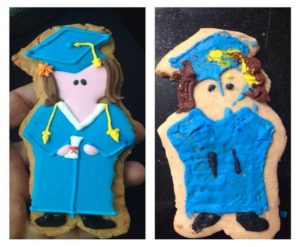 Baking isn’t for everyone. There are countless television shows with talented bakers perfecting their confectionary creations. For the most part, people in their home kitchen can only dream of such baking achievements, even with step-by-step instructions.

This DIY baking project shows a video of how to make graduation cookies; the final result is a girl in a cap and gown holding her diploma. Instead, the creator made an educational ghost — a floating blue mass absent of head and hands. Patience with the frosting went out the window, forcing the different colors across the finished cookie.

As long as it tastes good, I’m sure the person eating these won’t mind.

Creative food art is hard. Especially, if trying to do it on a scalding griddle. These cute bear pancakes seem fairly difficult. From the shape to the cutesie design, the creation seems reserved for only the best pancake makers.

The aspiring chef took their results to a completely different level, creating a nightmare surrealist art more appropriate for a Halloween brunch. The shape is completely off, creating a predator blob that will scare your children around the breakfast table.

Keep this person away from hot surfaces, and wild animals.

Art In The Eye Of The Beholder

Art is very expensive. Despite its high price point, it’s a necessity to any home, giving personality to bland white walls. But, if there’s an opportunity to create your own, spending a fraction of the cost on materials, wouldn’t you try it?

A replica of a crayon canvas looks easy enough. However, this wannabe creative looks like they got busy with work, and assigned the task to their toddler. Instead of gluing the crayons, the frustrated child aggressively duct taped each Crayola to the board, before angrily banging the colors with their small balled fists.

It looks like the cost of clean-up could have afforded a nice piece for the living room. There’s probably an art critic out there that thinks this is a stroke of masterful genius. 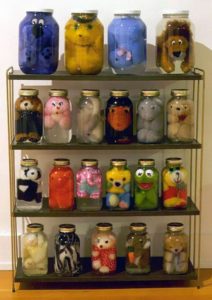 Investments range from stocks to collectibles — something that will be worth far more in the future. For toys, you’ll need to find a storage place that keeps them out of the way and preserved in mint condition. Most of the time, vacuuming them, and keeping them in a temperature-controlled room is enough.

However, this collector created a storage display by squeezing each stuffed animal in a glass jar. These would look pretty neat in a normal setting, but these critters are pickled in their confinement — a sighting that would give any child missing their teddy bear nightmares, even through to adulthood.

When it comes to DIY drywall repair, we have seen our fair share of nightmares, but we most certainly would not upload them and embarrass our customers. Just know that if you have drywall damage, we have you covered correctly!

What’s the worst DIY project that you have ever seen? Let us know in the comments below.